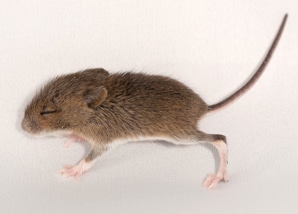 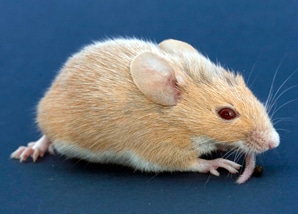 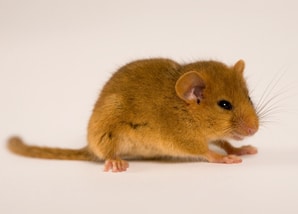 There are three species of native mice (not counting the House Mouse, which is an introduced species).

Mice should be handled using closed cupped hands and placed in a breathable container with a secure lid. Be careful, they can bite.

A mouse is a small mammal which is primarily nocturnal. The best known mouse species is the common house mouse. However, in some places certain kinds of field mice are also common. There are over 30 known species in total.

Mice are found in vast numbers on all continents, other than Antarctica. They belong to the order of Rodents which also include rats, squirrels, porcupines, beavers, guinea pigs and hamsters.

All are listed as Least Concern. However, the Harvest Mouse is listed as priority species on the UK Biodiversity Action Plan.

Although there are no threats listed for mice they are a staple in the diet of many small carnivores “Meat Eaters”.

The Wood Mouse It is closely related to the Yellow Necked Mouse but differs in that it has no band of yellow fur around the neck, it has slightly smaller ears, and is usually slightly smaller overall: around 90 mm (3.54") in length.

The Harvest Mouse has a blunt muzzle and small hairy ears. The tip of the tail is prehensile (capable of gripping) and is used to assist climbing. The fur is yellow/brown, with a white underside. Head and body length: 5-8cm, Weight: 5-11g.

Yellow-necked mice are similar in appearance to wood mice, who they are closely related to. They can be distinguished by a yellow spot that extends sideways to form a collar. They are also slightly larger than wood mice. Head and body length: 10-12cm, Weight: 25-45g.

Mice compensate for their poor eyesight with a keen sense of hearing, and rely especially on their sense of smell to locate food and avoid predators. Characteristically Mice have a pointed snout, small rounded ears, and a long naked or almost hairless tail. They use their sharp incisors to knaw wood, break into food, and bite predators.

A mouse has remarkable adaptability to almost any environment and is one of the most successful mammals living on Earth today. They build intricate burrows in the wild. These burrows typically have long entrances and are equipped with escape tunnels and routes, although they are naturally ground dwellers, some species are also agile climbers and leapers as well as capable swimmers.

The young are called pups and they weigh 0.5 – 1.5g at birth. They are born hairless and have closed eyelids and ears. The Wood Mouse has a breeding season from February to October in which multiple matings occur between males and females. The gestation period of wood mice is of 25–26 days and each female produces on average five young. The offspring become independent after about three weeks and become sexually active after two months.

After a gestation period of 17-19 days, the female Harvest Mouse gives birth to 1-7 young. They produce up to three litters a year. The breeding season ranges from May to October. The female abandons the young after 15-16 days, but the young may still use the nest for a further few days.

The breeding season for Yellow Necked Mice runs from February to October, during which females give birth to 4-7 young after a gestation period of 23 days. The young are weaned after three weeks. Their distinctive yellow collars become visible after two weeks, at about the same times as they first open their eyes.

The most common injuries we see in both adults and babies are puncture wounds caused by cats. We also see litters of babies which have been dug up when people have cleared their sheds or outbuildings. Very young mice require hand rearing and very specialist care.